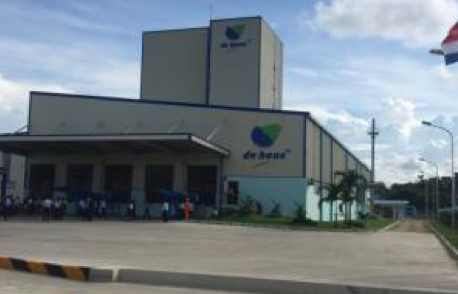 The Netherlands-based De Heus Animal Nutrition has opened its first factory in Myanmar in a bid toexpand its footprint in Asia, the animal feed producer has said.

The factory, which has been built over the past six months, is located close to Yangon.

De Heus Myanmar will focus mainly on the poultry sector because of the relatively larger size of the sector, but also in the pig and cattle sectors.

For several years, De Heus has been exporting nutritional products from Vietnam to Myanmar, in which period the company says it gained a lot of knowledge about the local agricultural market.

In Myanmar De Heus will focus on the non-integrated-business model, the free market, where independent entrepreneurship can flourish.

Johan van der Ban, general manager of De Heus Myanmar, said, “Our sole objective is to provide farmers with the best quality feed, nutritional and farm management knowledge. We have more than 100 years of experience in developing and producing animal feed products.”

Van der Ban added, “We have helped farmers to increase their productivity and scale their farm. In this way we support farmers in realising the highest possible conversion of feed into animal proteins and optimise business results. As De Heus Myanmar we can benefit of from all the global agricultural knowledge and experience we have in our organisation.”