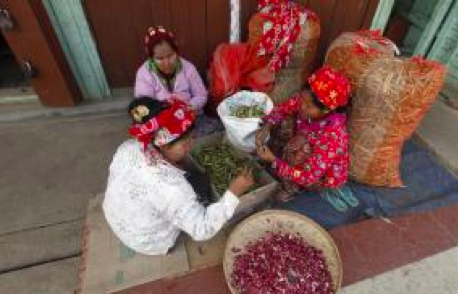 A government to government trading scheme between India and Myanmar is set to benefit bean cultivators by bringing in new technology,

according to Myanmar Pulses, Beans and Sesame Seeds Merchants Association.

Traditionally, bean trading between India and Myanmar take place through merchants in the border trade stations. However, in the wake of rising demand for beans in India, both the governments signed a bilateral treaty to implement a government to government (G2G) export scheme, which is expected to launch in 2017.

The Association said the bean cultivators will be supported by the Indian government with new agricultural technology and will be provided with agro-chemicals and fertilisers, which will help the farmers boost output and earn more.

“Indian demand to buy Myanmar beans, black gram and pigeon pea via a G2G system is high. After we start implementing the system, the Indian government support aims to raise both bean productivity and quality. The related ministries in both the countries will make sure of the cooperation. The association will also take responsibility to guarantee profitability for the Myanmar merchants,” U Min Ko Oo, secretary of the association, said.

“At this moment, we are trying to complete the discussion process step by step. We will try to help the cultivators raise bean productions after we finish the agreement. To fulfil India’s bean demand we have to raise productivity first,” he added.

“Myanmar bean season is in the winter and it is one of the major sources of revenue for the country. Myanmar doesn’t have agricultural technology. If India supports us with technical assistance it will be hugely beneficial for the country as well as the cultivators,” U Min Ko Oo said.